The First Edinburgh Lace Course was held in 1981 and has been running annually since then.

The History of the Edinburgh Lace Course

In 1980 two friends thought it would be a good idea to organise a bobbin lace making Summer School in Edinburgh. At that time there were bobbin lace making classes in the area but nothing residential and nothing that lasted a few days. Kitty Mason and Sue Clark had worked together for a number of years and Kitty had started to teach, Sue and others, Bobbin Lace Making in their lunchtimes. By 1980 Sue was at home bringing up 2 small children and Kitty had just taken on a large mortgage – neither had any spare cash – so at first the idea seemed to be an impossible dream.

With no experience of organising anything like this they borrowed £200 from Sue’s mother and started to look for a venue for the summer of 1981. The chosen location was Pollock Halls at Edinburgh University as it had workrooms, bedrooms and food, all available on site. Two additional tutors were found and a budget worked out – 30 people were needed to make it financially viable for the five days. Paid advertising was out of the question as cash was very tight. Word of mouth round the existing groups raised some interest and the Edinburgh Libraries agreed to put up posters but none of the local newspapers showed interest in doing an article. Just when it looked as if the Course might flop, due to lack of numbers, the Glasgow Herald came up trumps with an article and a photograph. In the summer of 1981 30 adults attended the first Edinburgh Lace Course under the guidance of three tutors. At the end of the week most of the participants wanted to know the dates of the next years Course . . .

In the summer of 1982 the Course ran again. This time with 4 tutors, 3 adult classes and 1 class for children. 6 girls attended the course, ages ranging from 8 to 16, with Kitty as their tutor. 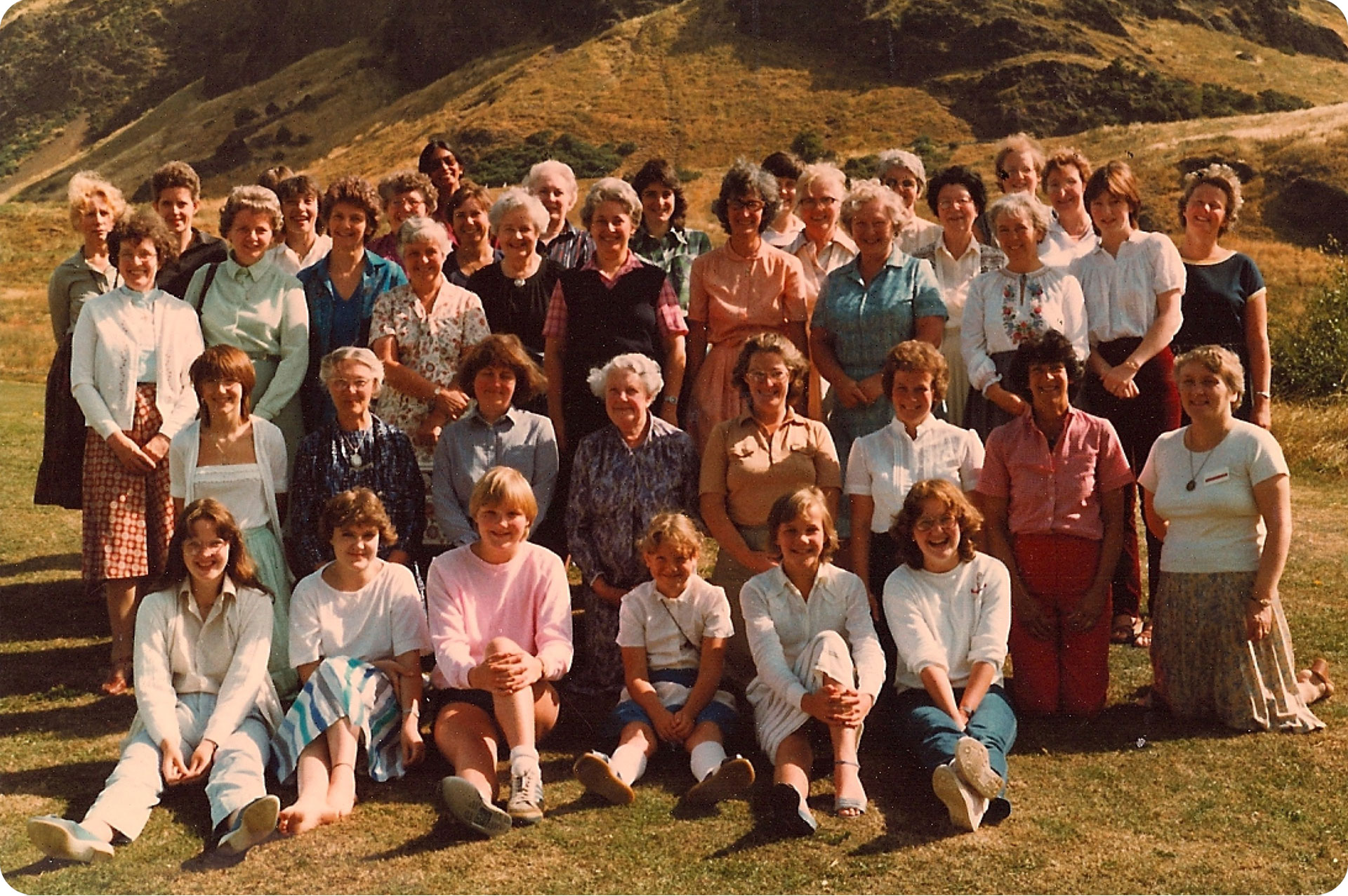 For the first year lunches were booked with Pollock Halls but after that the Lace Course developed its own catering – with tray bakes for morning coffee and afternoon tea and filled rolls for lunch. Eventually a recipe sheet for the tray bakes was also produced – all very enterprising but hard work too!

In 1986 The Lace Course had to find another venue because Pollock Halls was to be used as the Commonwealth Games Village. Heriot Watt University offered an alternative, which was considered to be acceptable for one year only because it was outside town at Riccarton. However it proved very popular with participants – good parking, good cafe facilities, a shop with good stationery, a bank and nice bedrooms. At the end of the week a vote was taken and it was agreed the Lace Course would continue to use Heriot Watt, and it has been held there ever since.

By then there were 5 tutors, 4 adult classes and a children’s class. At Heriot Watt a Sales day/Open day was instigated, with a supplier invited to attend and the classes open to visitors.